I had assumed for some reason, that the word ‘Rickshaw’ was an Indian export to the English language. Much like Bandanna, Khaki, Pyjamas or even Cot! (R thought that was dumb, because “it is so patently Chinese” )

I was also under the impression that the hand pulled Rickshaws had been banned or discontinued around the world.

Wrong on both counts! And best of all, R was wrong as well:/

According to Wikipedia:
“The word Rickshaw originates from the Japanese word Jinrikisha ( jin = human, riki = power or force, sha = vehicle), which literally means “human-powered vehicle”. In 1874, The word Jinricksha/Jinrikisha” was published in the Oxford English Dictionary. 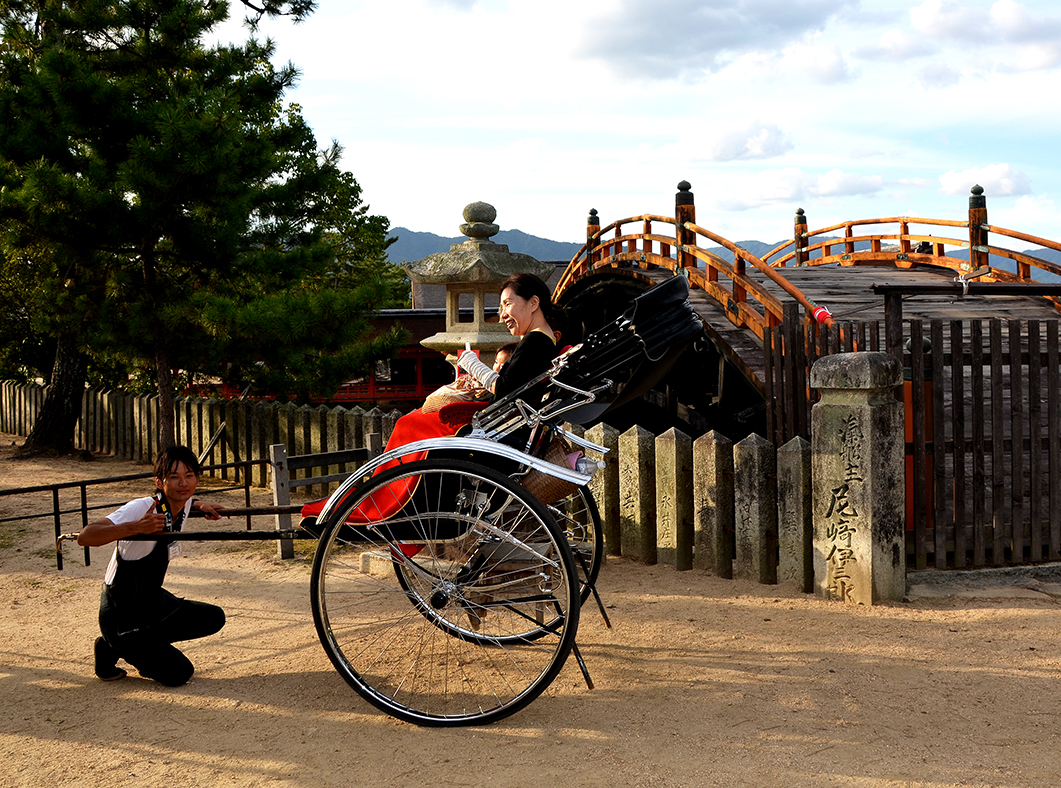 And what I had thought was an anachronism, is alive and kicking in some parts of Japan, (I even saw a few in Tokyo, near the Asakusa shrine!) and pulled by handsome hunks in uniform who I suspect are part of the attraction.

79 thoughts on “Jinrikisha – The Pulled Rickshaw”