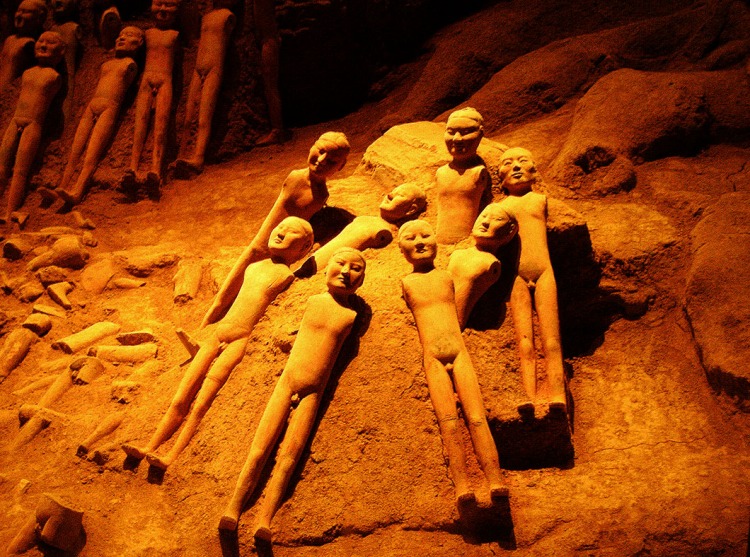 Although the Terracota army of Emperor Qin is the main attraction in Xian, there is another lesser known subterranean army that is just as, if not more, impressive! The underground army of Han Emperor Jing Di Liu Qi and Empress Wang Zhi at Yangling, is six times larger, houses around 40,000 individual figures, and is supposed to have […]

Excavations of grand tombs and mausoleums around the globe are witness to the ancient world’s preoccupation with death and the afterlife. But the grandest excavation by far, has to be that of the terracotta army of Emperor Qin in Xian. The on site museum is concealed under an unsightly hangar like building. The sheer scale of […]

Several ancient Chinese texts refer to Hangzhou as paradise on earth. West Lake – the original one – and there are several around the world, is the soul of Hangzhou and truly beautiful. We could understand why so many poets and artists had drawn inspiration from it for centuries! But the city seemed a bit contrived and […]

Designing a modern structure that celebrates traditional local architecture without compromising form and functionality is not an easy task. When I.M.Pei was approached by the mayor of Suzhou to design a museum in 2001, his brief was just that. The fact that the earmarked site was in the heritage area of Suzhou, and backed against “The […]

At first glance Suzhou seems soulless. With its smoke belching chimneys and traffic choked streets, it is one of the largest manufacturing hubs in China. Its GDP growth is second only to Shanghai – under a 50 min. journey by train – and it is apparently the single largest manufacturing center for laptops in the world! Suzhou is […]

To any one wondering why I have been switching countries: My posts are chronicles of my past journeys and I took a conscious decision to not stick to any particular order, to make for some variety. Posts (when I have written enough to overflow my front page :-)) can be viewed by destination from the drop down “Destinations” […]

Looking for places to visit in China? Laitan, an authentic ancient town, is a true hidden gem that was the highlight of our visit.