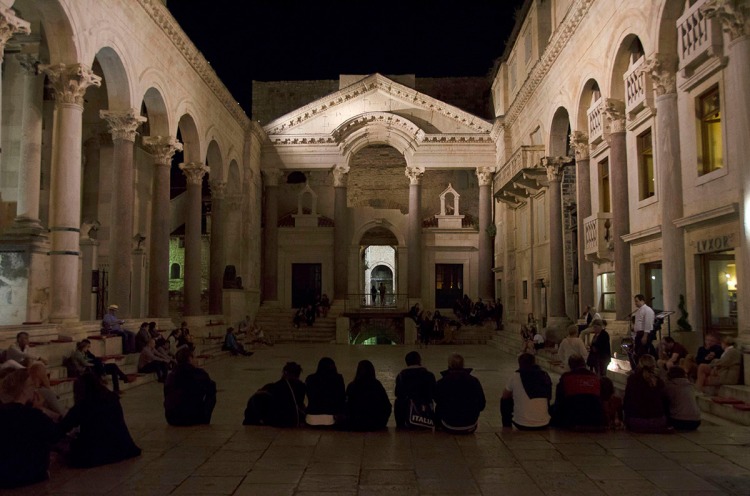 Moonlight. Mushy 60’s music. The company of a good man in the midst of lovely strangers. Chilled beer on the candle lit steps of a restaurant named after a Phaeronic necropolis, in the hippostyle hall of an ancient Roman Palace comprising the heart of a beautiful Balkan city. All watched over by Thutmosis’ inscrutable Sphinx. One of my favourite things to do of […]

Tucked into a sentry’s walkway above the ‘Golden’ Gate to Diocletian’s palace, is an ancient church dedicated to Saint Martin, the patron saint of soldiers.  It is a replica of the 6th century original, with a beautifully carved pre Romanesque altar partition that has been in situ since the 11th century. Narrow is the norm in the confined […]