This excerpt from the Book of Revelations, clearly cites what early Christians thought of the fabulous Altar of Zeus, on which Antipas was sentenced to death, when he refused to declare that the Roman emperor was “Lord and God.”

“To the angel of the church in Pergamum write:
‘I know your works, and where you dwell…where Satan’s throne is.
And you hold fast to my name, and did not deny my faith even in the
days in which Antipas was my faithful martyr,
who was killed among you, where Satan dwells.”
~ Revelation 2:12

The altar is long gone, transported stone by stone to Berlin.
But Pergamom, even without its prized altar is a stunning archaeological gem modeled on the Acropolis of Athens.

What I felt, walking through the few but striking remnants of this once glorious city and gazing into the misty valley from the top of the heartstoppingly steep theatre, was far from evil. 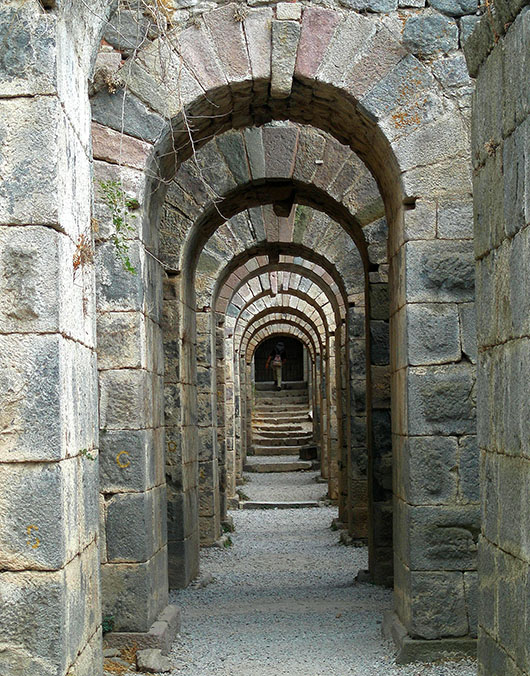 Pergamom was home to the second best Hellenistic library after Alexandria, that was completely destroyed by earthquakes nearly a thousand years ago.

A few majestic marble columns of the Temple of Trajan still stand in proud defiance of the annihilating power of earthquakes and conquerors. And beneath, is this amazingly well preserved vaulted foundation called the Tunnel of Trajaneum. 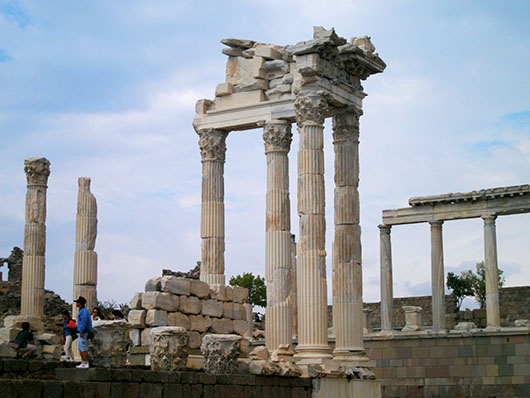 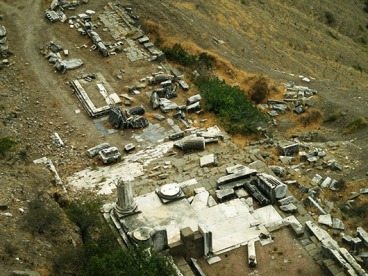 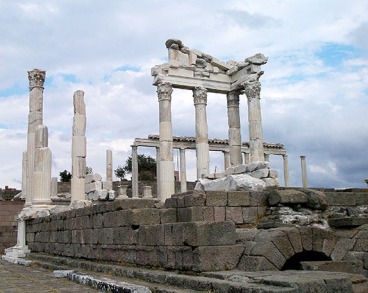 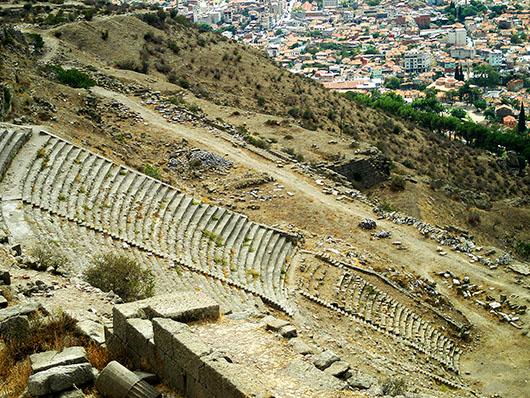 Until next time…happy travels wherever life takes you.