The steel and concrete tower of the Osaka Castle is a 1995 restoration. Faithful to its Tokoguwa era splendour in appearance, and the final in a series of rebuilding attempts since its founding in the 16th century.

The castle’s very modern interior houses a small but informative museum, with exhibits on the Shoguns (warlords), who were an intrinsic part of its history. 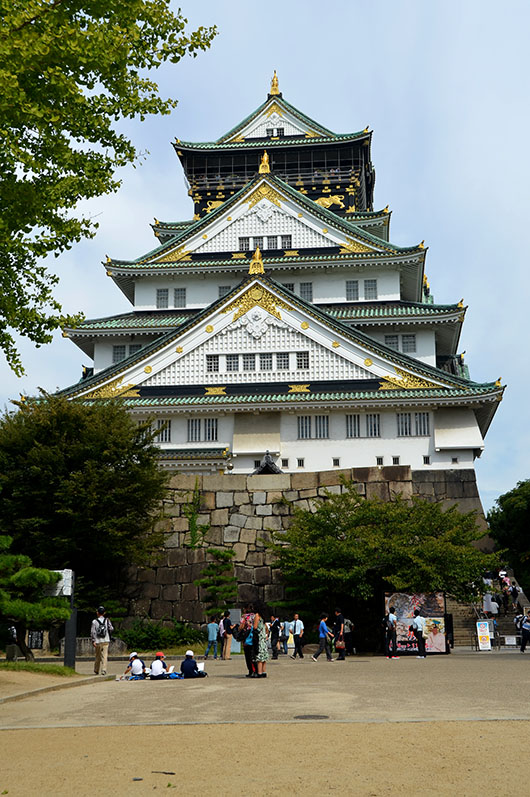 The 30 meter high ramparts, surrounded by a magnificent moat, are much older, with two (of the seven original) turrets dating back to the 17th century Edo restoration.

These walls are reputed to have been constructed with over 40,000 rocks – a million according to some accounts – that powerful daimyo from around Japan, personally hand carried to the site, in order to display their loyalty to their Shogun! 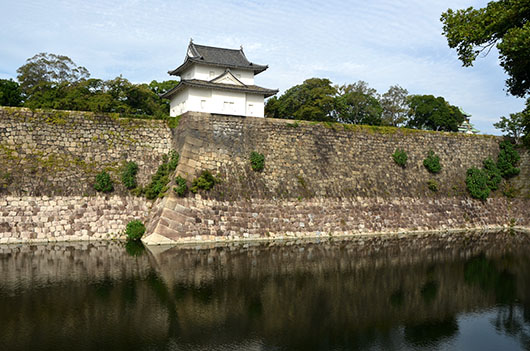 But it was the castle grounds that delighted my voyeuristic soul.

and the rapt perusal of the castle contours, by adorable little Picasso’s…

Until next time………happy travels, no matter where life takes you.

40 thoughts on “Fortress In Focus!”