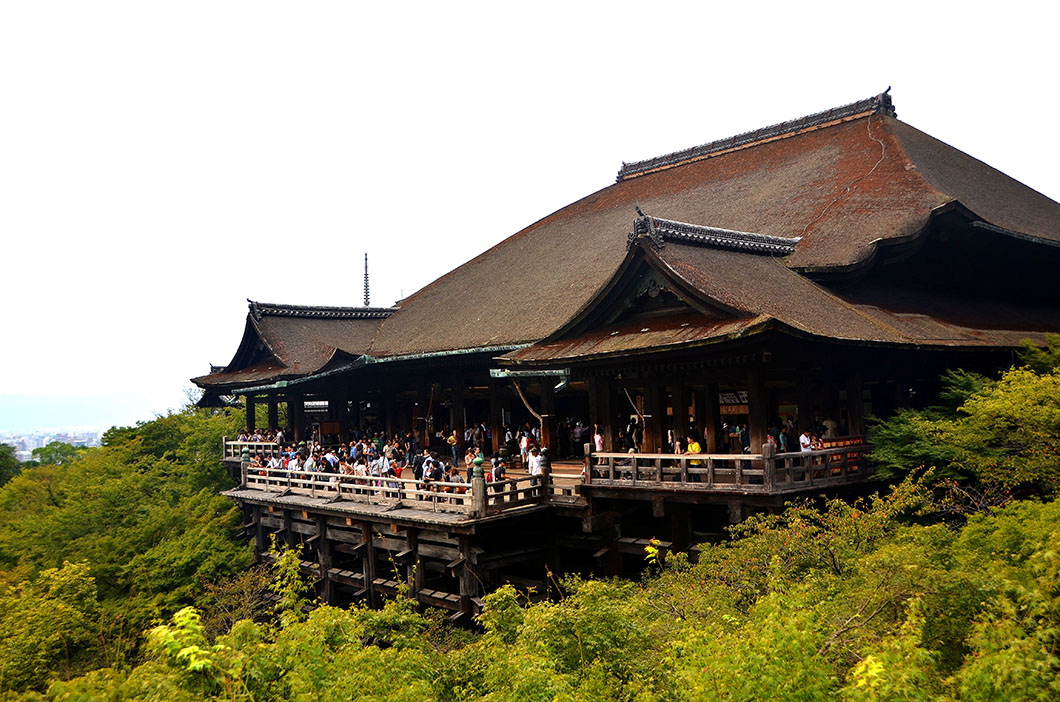 A grand viewing deck to commune with nature.

That is the principal attraction of Kiyomizu-dera (Clear Water Temple), a Buddhist shrine near Kyoto, founded in 798 AD, whose main hall is dedicated to the eleven headed, thousand armed Bodhisattva. Highly venerated for its wish granting abilities, and brought out for public viewing only a few times a year.

The wooden deck – a stage almost – extending from the main hall, juts out over a sheer precipice and is supported by one hundred and thirty nine columns. Each over fifteen meters high. Both the hall and the deck were rebuilt in 1638 following traditional methods of construction without the use of a single nail.

A tradition, now banned, held that a person who survived a jump from the stage unscathed, would have his wish granted! And that is how, we were told, “Jumping off the Dera” became the Japanese colloquial term for ‘taking the plunge’!

Risking life and limb in the hope of having our travel dreams fulfilled didn’t appeal much. So sis and I settled for the spectacularly verdant views instead. Along with several hundred other tourists and pilgrims with the same intention. All the while praying fervently that the 16th century structural engineers had accounted for population inflation. Thankfully, a spot at the far end of a walkway, afforded a more peaceful perspective of the scene.

Time permitting, and for a hundred yen more than the daytime admission fee of 300Y, one can get a more atmospheric and grander view of the illuminated temple at night. And from images online, timing a visit when the cherry trees are in full bloom or when the surrounding hills are under a blanket of snow, might be even more rewarding.

I featured the Otowa no taki (Sound of Feathers) waterfall in an earlier post. The slideshow contains more images of the shrine and below are a few from the two kilometre long pedestrian approach through the historic district of Higashiyama. 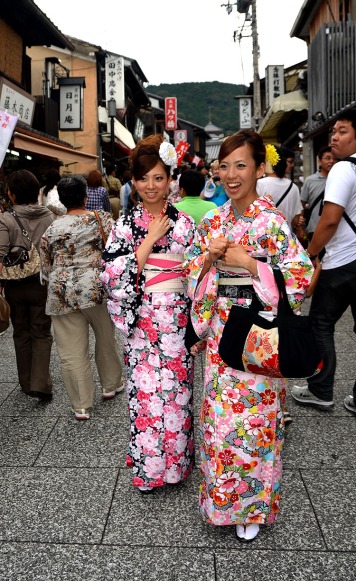 76 thoughts on “The Temple Of Pure Water”