Status was paramount in the ancient world. For empires as much as for ordinary citizens. The aura of power as important as the exercise of power itself. Visual imagery and symbolism went a long way in engendering that impression. And so it was that a maritime republic of the stature of Venice felt the need to be associated with a patron saint of greater eminence than their humble Saint Theodore.

An elaborate myth was created, therefore, around the legend of a prophesy that the Venetian lagoon would be the final resting place of the apostle Saint Mark, which was then used to legitimise the smuggling out of his remains from his tomb in Alexandria. And the winged lion, the symbol of their exalted new evangelist saint, became their state emblem.

Soon the photogenic mascot upstaged the saint himself! Statues of the evangelist are few and far between, especially beyond San Marco. But his majestic symbol is omnipresent. Generally depicted with one paw on the open gospel (of St. Mark of course) that is inscribed with: “PAX TIBI, MARCE, EVANGELISTA MUES”, the words of the angel credited with the prophecy, meaning “Peace be upon you, O Mark, my Evangelist”. The open book signified peace and a pledge of protection. A closed gospel, sometimes accompanied by a sword in one paw, was said to symbolise the threat of war or retribution.*

Many winged lions survive the republic in the erstwhile colonies around Dalmatia and Istria. One in Trogir, in present day Croatia, is supposed to have held a book that read “Let God arise, and let His enemies be scattered”.  Legend claims that the lion closed its book when news of the fall of the Venetian republic reached the city. No amount of online searching yielded an image of a Venetian lion in Trogir that corresponded with that story. Shall have to go looking for him in person.*

Meanwhile, here is a gallery of Venetian lions in a belated tribute to the mighty beast. 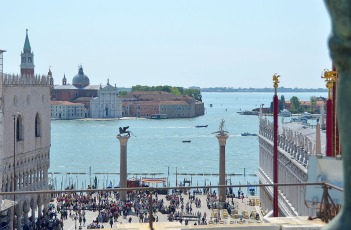 The Bronze lion and the demoted Saint Theodoro with his crocodile, on the two granite columns in the piazetta. 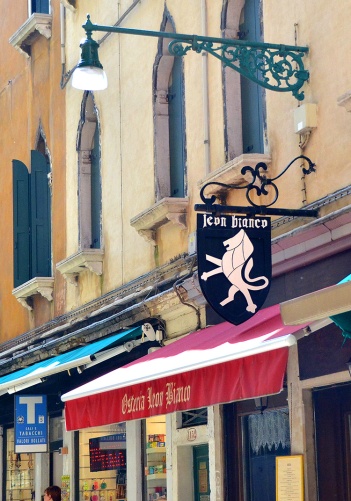 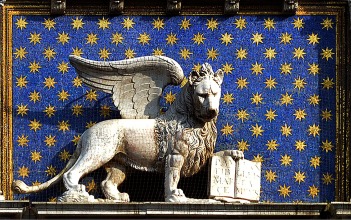 On the Torre dell’ Orologio (Clock Tower). Here the rear paw is shown resting on water denoting mastery over land and sea. 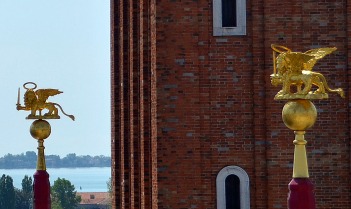 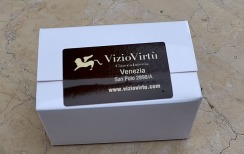 An illustration on a chocolate box! And yes they were fabulous! 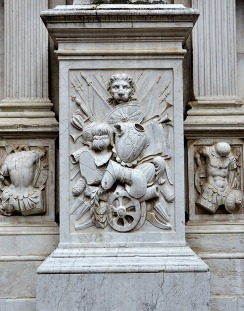 Carved relief on a pedestal in the courtyard of the Doge’s Palace. 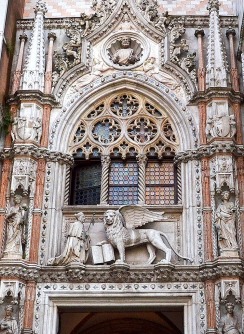 Doge Francesco Foscari recieving divine approval from the winged lion of Saint Mark – above the Porta della Carta to the Palazzo Ducal. 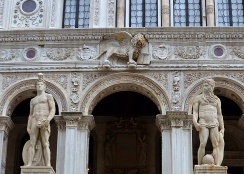 Looking down at Mars & Neptune from the arch at the top of the Scala dei Giganti (Giants Stairway) where the Doge was traditionally crowned. 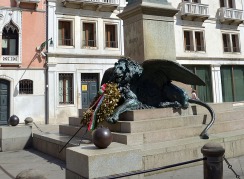 At the feet of Daniele Manin, in Campo Manin 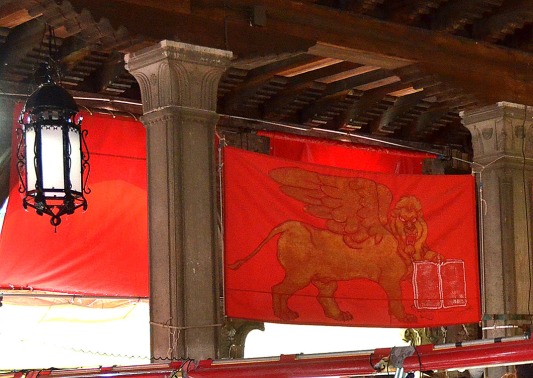 Lion on a red flag at the Rialto Pesceria 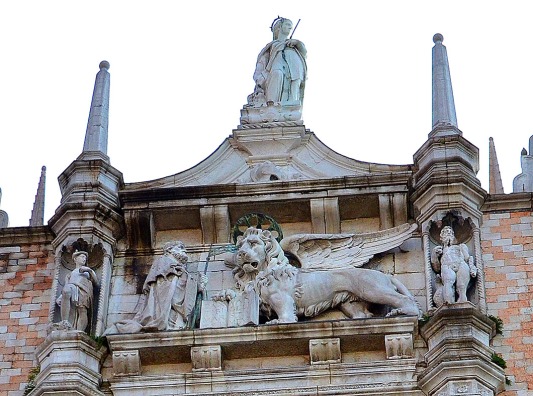 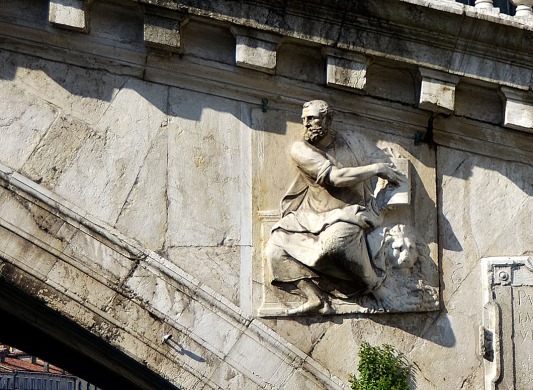 Saint Mark with his lion on the facade of the Rialto bridge.

PS: One of my (new) readers, Vea Fici, stumbled upon a more plausible theory regarding the iconography of the Lions of Saint Mark:

Do check out the fascinating article to read how the author Saša Iskrić Smrekar arrived at these conclusions.

82 thoughts on “The Venetian Lions”