The centerpiece of the Beijing Olympics, the National Stadium, sits at the other end of the spectrum from my ‘solid’ post. A seemingly light and airy elliptical network of crisscrossing columns and beams, support asymmetric, translucent roof panels that challenge every rule book on architecture. The brief entrusted to architects Jacques Herzog and Pierre de Meuron was to design a stadium […] 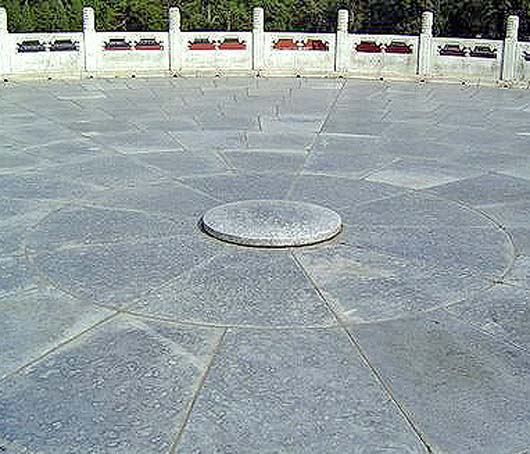 I have always been captivated by images of this marvelous, triple roofed, vibrantly painted building. Supposedly built entirely of wood without using a single nail, ‘The Hall of Prayer for Good Harvests’ is considered one of the best examples of traditional Chinese architecture. Imagine my surprise then, to discover that this building is not actually a […]

The cable car whisked us up through the lush green hills to tower 14 of the Wall snaking deep into the hazy horizon. According to legend the Great Wall was built along the tracks of a ‘friendly’ dragon that helped trace its course. The meandering ramparts interspersed with beautiful watchtowers, did seem to lend credence […]

Our first sight of the Forbidden City from the panoramic vantage point of Jingshan hill (above) was a great introduction to its immense scale! This place is huge…..I mean HUGE! Considered the world’s largest palace complex, consisting of nearly 8704 rooms across 980 buildings spread over more than 72 hectares of land!! Did I mention huge? […]