Our first sight of the Forbidden City from the panoramic vantage point of Jingshan hill (above) was a great introduction to its immense scale! This place is huge…..I mean HUGE! Considered the world’s largest palace complex, consisting of nearly 8704 rooms across 980 buildings spread over more than 72 hectares of land!! Did I mention huge?

We started our tour in reverse from the Northern Shenwumen gate (Gate of Divine Might) closest to Jingshan hill.

Forming the core of a central axis extending southwards to Yongdingmen and northwards to the Bell Tower and Drum Tower the series of palaces and courts are divided into the Northern inner (private) court and the Southern outer (public) court. Its royal status proclaimed by the yellow roof tiles and vermilion walls. 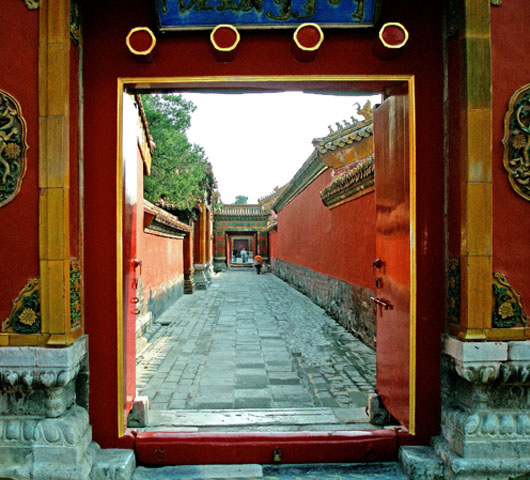 The 950 metre trek from the Shenwumen Gate in the North to the Wumen Gate (Meridien Gate) in the South is forbidding if not forbidden! Not least because it seemed to us like China’s entire population of one point something billion had decided to keep us company.

We fell prey to an art scam at the very start near the imperial gardens! Led to a substandard exhibition by a young man who struck up a conversation (Our scam antenna did not go up since it was inside the complex.) we were even introduced to a “descendant” of the last emperor dressed in shabby “emperor” costume.

We beat a hasty retreat wondering all the while whether the museum authorities were in on the scam. All things imperial were booted out with the revolution, but they don’t bat an eyelid while exploiting symbols of the same imperialism to extract tourist dollars! Never mind that the last emperor Pu Yi himself was briefly reduced to being a gardener in the Beijing botanical gardens. 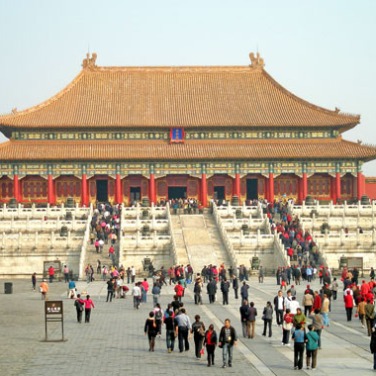 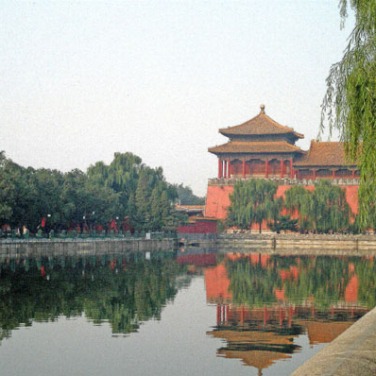 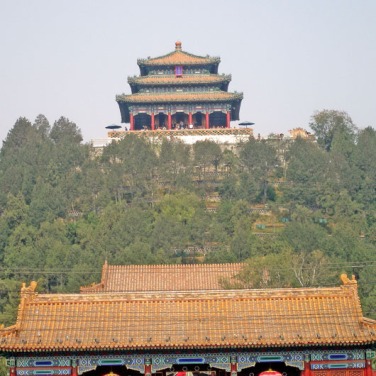 Looking up at Jingshan Hill from the Forbidden City

Weaving in and out of the halls of Supreme Harmony, Peace and Tranquility…one can’t help but wonder how harmonious or tranquil life really was in the imperial court! Thousands of people lived here but only one of them was an adult male!! Locked away from the outside world and victims of palace intrigue, was the plight of the Emperors – 24 in all from 1420 to 1912 – any better than that of their many concubines or eunuchs who forever left behind their families when they entered these hallowed portals?

This excerpt (reflections of a palace concubine) from an 18th century classic Chinese novel ‘A Dream of Red Mansions’ is evocative of life in a gilded cage!

How much happier are those whose home is a hut in a field, who eat salt and pickles and wear clothes of cotton, than she is who is endowed with wealth and rank, but separated from her flesh and blood.

Pu Yi himself felt imprisoned. He writes about his early years on the Dragon Throne:

Every evening at dusk when all the people who had come to the palace on business had gone away, a spine chilling call came from the Palace of Heavenly Purity, the still centre of the Forbidden City: “Draw the bolts, lock up, careful with the lanterns.” As the last drawn out sounds of this died away there arose waves of ghostly responses from the eunuchs on duty in all the corners of the palace…..I did not dare go out of doors for the rest of the evening and felt as if all the ghosts and the demons in the stories were gathered around the windows and doors

He was after all only a child!

Regardless of the chequered lives of its inhabitants the Forbidden City was the repository of Chinese imperial might and political power for over 500 years and would have likely fallen victim to Chairman Mao’s Cultural Revolution but for the foresight of Premier Zhou En Lai. The Qing dynasty is long gone but ironically, their opulent home remains an enduring symbol of the Peoples Republic of China. 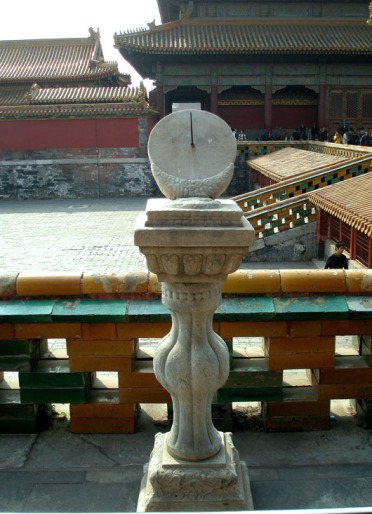 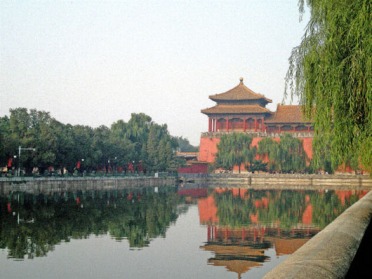 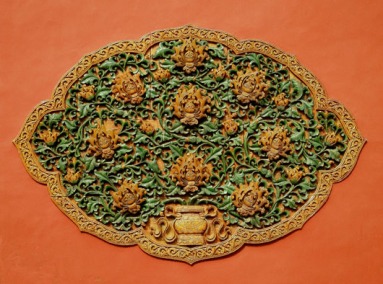 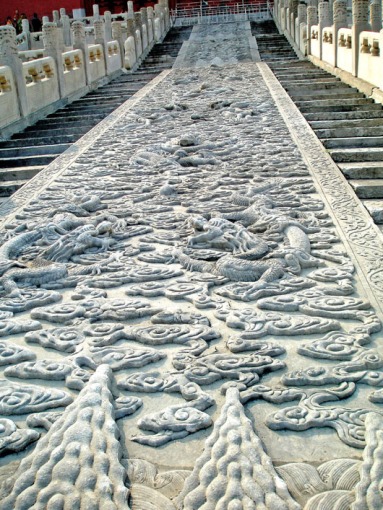 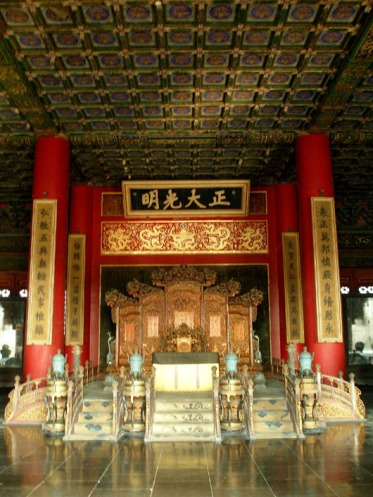 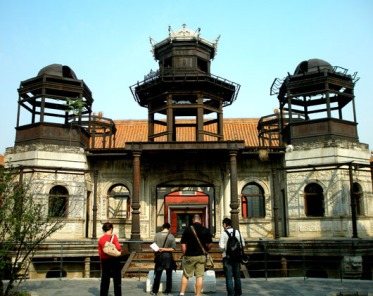 Burnt Down Palace of Prolonging Happiness

67 thoughts on “The Imperial Abode Of The Son Of Heaven”