Few conquests have been as devastatingly final as the annihilation of the legendary kingdom of the Incas. In under 40 years after their first encounter with Francisco Pizzaro in 1532, the Incas were history. Their gold looted, their religion wiped out and their architecture demolished.

With the exception of Machu Picchu and a few other uninhabited ‘lost’ abodes that the conquistadors were unaware of, almost all of their cities were completely destroyed. The only witness to their existence: the vestiges of their exquisite stonework in the foundations of colonial buildings. 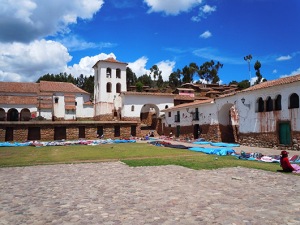 On a weekday the main square in the village of Cinchero was evocative of this tragedy. Empty and spookily silent like a deserted frontier town. The square is dominated by a 16th century church dedicated to “Our Lady of Montserrat of Chinchero”, constructed on top of a former Incan palace. Spare and simple on the outside, the interior is beautifully decorated with an ornate ceiling and large oil paintings by Quechuan artists.

Our guide pointed out the heavy symbolism in the artwork covertly depicting native religious symbols in the shapes of the Virgin’s robes and the mountains beyond, that somehow escaped the eyes of the “idolatries extirpators”, as it would have ours!

Adjacent are more stone walls, and arenas where young Incan boys would fight mock battles to mark their passage into adulthood and to train to become warriors. Most of this is deduced from ancient lore passed on in an oral tradition, for they did not leave behind a written language. The rest is pieced together from the works of Spanish historians.

We were initially disappointed about having missed the Sunday market. But in the end we were glad we came on a quiet day when we could sit in the middle of the square with nary a soul in sight and listen to our guide’s passionate narration of the fascinating stories of his ancestors. 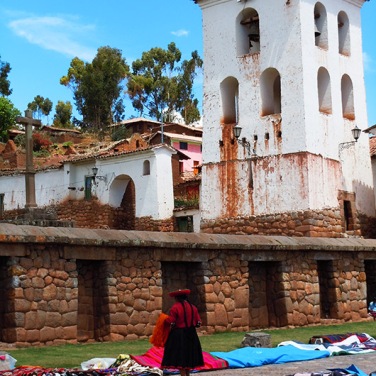 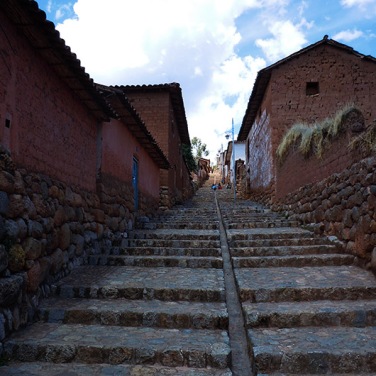 Steep path leading to the plaza 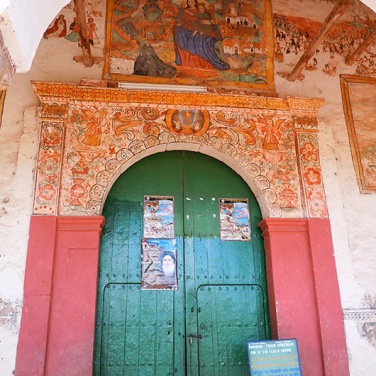 Church, Cinchero
Until next time……..happy travels, no matter where life takes you.

80 thoughts on “The Andean Village Of Cinchero”