The stained glass windows of Sainte Chapelle, on the Île de la Cité in Paris, are a sight to behold.

Fifteen such windows surround the nave and apse of the second floor chapel with a huge rose window at the opposite end. Two thirds of the 600 sq meters (6,458 square feet) of glass is supposedly original, making this the most complete surviving example of 12th century glass craftsmanship. An amazing depiction of the story of humanity as told by the old and new testaments in an incredible play of light and colour!

If you know of anyone who has stood on the top of that narrow spiral staircase and not gasped in awe, he/she is certifiably blind. 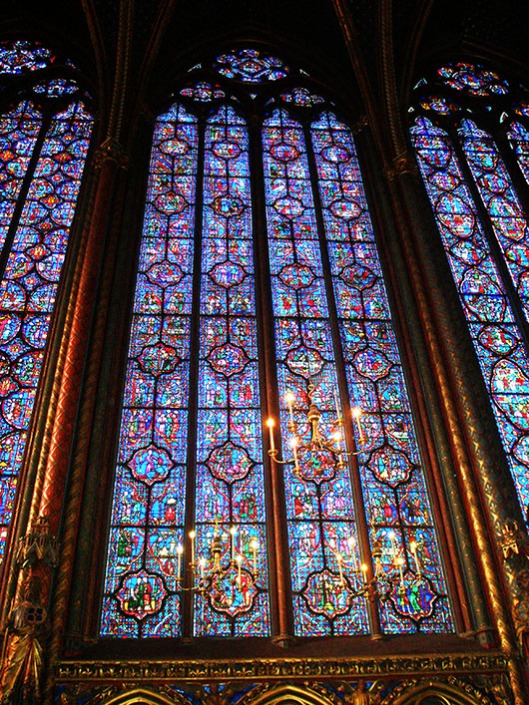 Sainte Chapelle was built in 1248 as a reliquary to house and display a portion of the crown of thorns and a piece of the original cross among other relics bought by King Louis IX (St. Louis) from the Byzantine emperor, for a price that was reputed to be more than three times the cost of the building.

The chapel suffered damage during the French revolution and the relics were lost. (The crown of thorns was subsequently recovered and is displayed every Friday in the treasury of the Notre Dame) Thankfully, the stained-glass was put in storage when the building was used as an archive. It was faithfully restored in the 19th century. 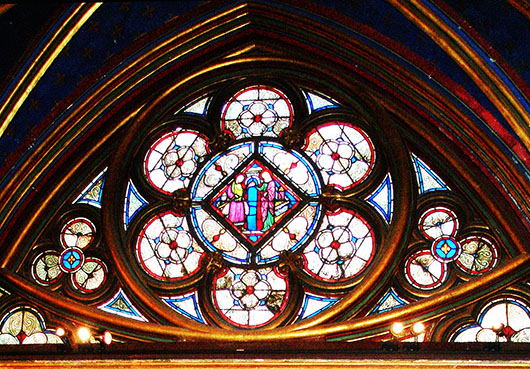 Happy travels, no matter where life takes you.

97 thoughts on “Paris – The Splendid Stained Glass Of Sainte Chapelle”