On a Sunday closest to November 15, considered the most auspicious day in the Japanese calender, families descend on Shinto shrines across Japan, to celebrate a rite of passage called Shichi-go-san.

The name literally translates to ‘Seven-Five-Three’, indicating a medieval tradition among aristocratic/Samurai families that stipulated that boys and girl stopped getting their hair shaved when they turned three, that boys aged five put on Hakama for the first time in public, and  that girls aged seven began using obi sash to tie their kimono, instead of cords.

Today it is more a joyous celebration and thanksgiving for the gift of children, and a time to offer prayers for their health, longevity and success in life. What serendipity to have visited the Meiji Jingu shrine on such an auspicious and festive day!

You might remember the wedding ceremonies I featured earlier, as well as the joyous father with his newborn from a couple of weeks ago. Here are more happy families in all their traditional finery:

There it is again!

Detail on the little boy’s kimono. 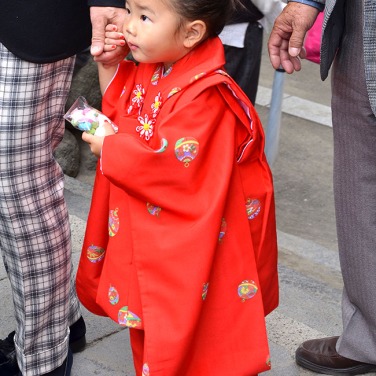 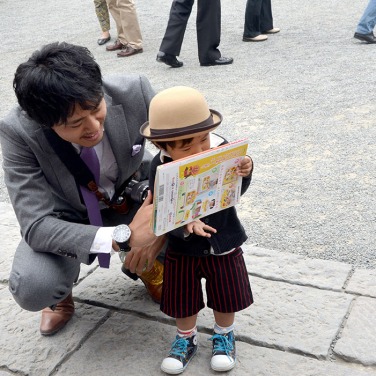 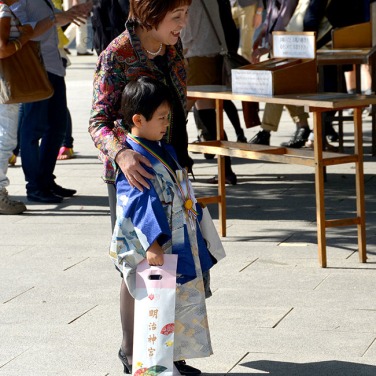 Thank you for visiting, and have a great weekend.

89 thoughts on “Shichigosan At Meiji Jingu”