Ten traffic lanes. Five pedestrian crosswalks. All converging onto the most iconic intersection in the world. An attraction in its own right.

When the lights change, traffic comes to a halt on ALL ten lanes. And this huge mass of people – an estimated 2500 at any given time, and a whopping 2+ million per day! – surge forward in every direction in the most polite and orderly ‘scramble’ you can imagine! 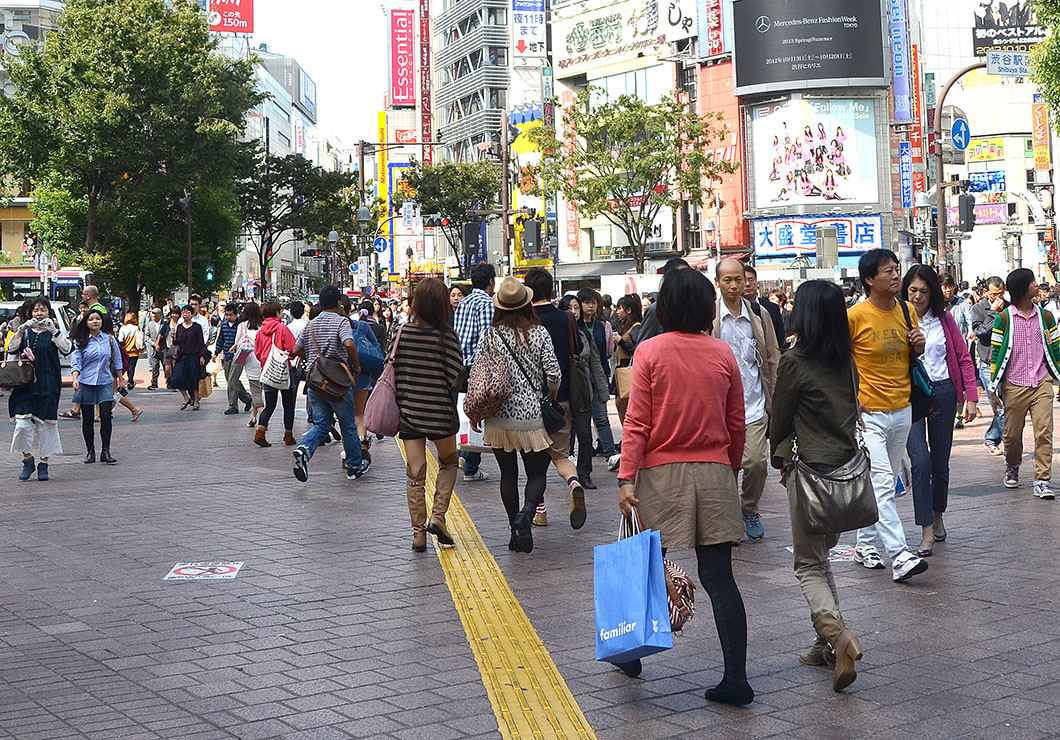 The spectacle of the Shibuya crossing (you might remember it from the movie “Lost in Translation”) is best witnessed from the upper floor of Starbucks in the Tsutaya building. But we decided to dive into the melee in search of a quieter cafe across the road. Along the way a pet shop seriously eroded our coffee break, much to my sister’s annoyance.

The trendy neighbourhood with its plethora of boutiques is a great place for people watching. As is the adjacent station. The plaza outside, named after a statue commemorating the undying loyalty of the Akita dog Hachiko, is reputed to be the favoured meeting spot for tourists and locals alike. (I confess to crying buckets over the tearjerker of the same name starring Richard Gere and an even more handsome Akita.)

We spent the rest of the morning at the Shinto shrine of Meiji Jingu, where we shamelessly joined the ranks of gawping tourists around traditional weddings and the fascinating ritual of Shichi-go-san.

Later, a few of us continued on to Harajuku to witness another, and even greater convergence of humanity!

We miraculously managed to find a quiet place for a delicious sandwich and dessert, bang on that busy street, before hightailing it back to our hotel.

53 thoughts on “The Synchronised Scramble Of Shibuya”