There is no doubt that the city – alternately referred to as Benaras or Kashi – is remarkable. In its geography, arrayed against the left bank of the sacred Ganges, as well as its fascinating history, woven with fantastic legends*. I am not sure how its claim to being the oldest continually inhabited city compares with that of Aleppo (Syria), but its antiquity is undeniable and its timelessness lauded by the likes of Kabir and Tulsidas  and most every writer worth his salt.

That little has changed over centuries is underscored by this excerpt from Mark Twain’s 1897 ‘Following The Equator – A Journey Around The World‘, that could very well have been written yesterday!

“Benares was not a disappointment. It justified its reputation as a curiosity. It is on high ground, and overhangs a grand curve of the Ganges. It is a vast mass of building, compactly crusting a hill, and is cloven in all directions by an intricate confusion of cracks which stand for streets.

Tall, slim minarets and beflagged temple-spires rise out of it and give it picturesqueness, viewed from the river. The city is as busy as an ant-hill, and the hurly-burly of human life swarming along the web of narrow streets reminds one of the ants.

The sacred cow swarms along too, and goes whither she pleases, and takes toll of the grain-shops, and is very much in the way, and is a good deal of a nuisance, since she must not be molested.” 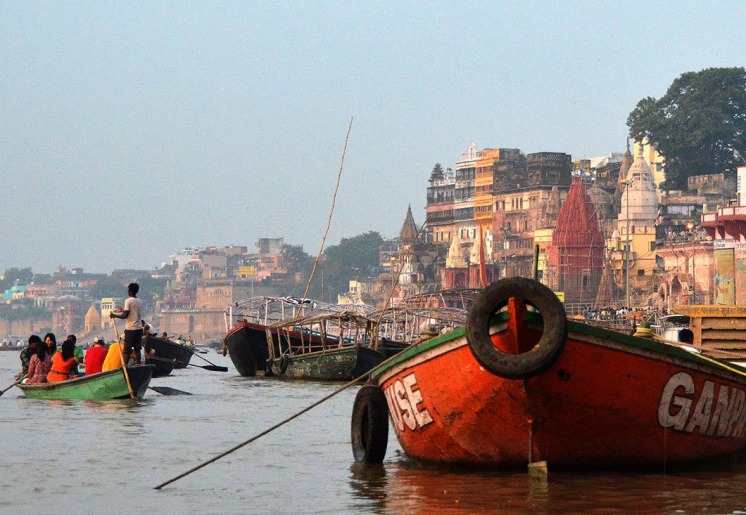 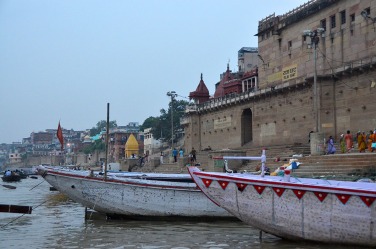 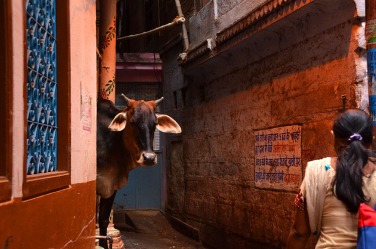 We had ditched our ‘official’ guide, who just didn’t seem to get the fact that we weren’t typical pilgrims on a temple run, after the fourth temple visit in one morning and after he declared the rest of the day ‘free’ at the first hint of rain. And so I sought Jeremy ‘Jai’ Oltmann’s help to explore the bazaars of the North

The irony of being shown around the holiest of Hindu cities by a Christian from Minnesota wasn’t lost on either of us. But it was Jeremy, in the very short time we spent with him, that opened our eyes to the charm that lay beyond the overwhelming hassle and chaos of the ghats and temples of Varanasi.

I had obsessed about the likelihood of rain and having to wade through the resultant slippery sludge on those streets. And sure enough, the Gods decided to test me. R says he expected me to bail out, as did Jeremy. But I persevered and that walk was on par with the best we have participated in across the world. Not least for Jeremy’s intimate knowledge of the back streets and its inhabitants as also his understanding of Hindu culture and folklore. Thanks Jeremy for the chai and samosas. And the stories. 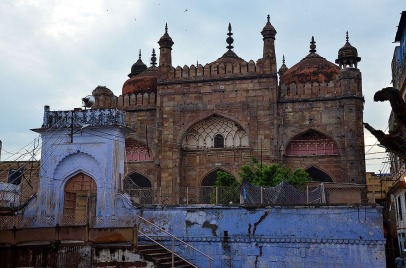 This was one of the most fascinating temples we visited. Khal Bhairav is a fierce avataar of Shiva who guards the city and keeps the God of death at abeyance. All rituals are performed in reverse, and the priests wear black! The hassle to empty your wallet is the only constant. 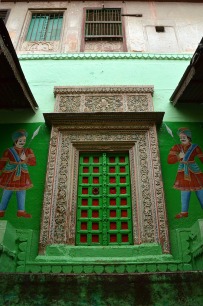 An ornate window from a haveli (mansion).

Dying in Kashi – poised as it is believed to be on the tip of Shiva’s trident, and hidden from time and Yama (the dark God of death) – is said to grant one eternal salvation and a release from the cycle of death and rebirth. Although this is one of seven most sacred destinations in the country neither my mother nor my mother in law had made the pilgrimage, and it was for their sakes that I braved standing in line, barefoot, in the filthy street to enter the highly secured* holiest of holy temple of Kashi Vishwanath.

I find ‘high security’ non conducive to prayer and reflection and being pushed and shoved even more so. There were vendors inside the cramped space and I loathed the commercialisation of such a holy site. Trying to ignore the components of the sticky muck underfoot was added stress. But most distressing of all was the ghastly sight of plastic cups (used to carry milk that is the main offering for the sacred Shivling) floating inside the kund (pool /altar)! Unlike Mr. Twain above, I was vastly disappointed.

They say Kashi should be seen with the minds eye. Its spirituality felt rather than seen. We saw many there who did, and I was envious of their faith. We stopped to greet a Scottish friend of Jeremy’s who asked us “Isn’t Varanasi beautiful?” R smiled and I mumbled guilty ascent.  I tried hard to feel that beauty. Sadly, I failed to delve beyond the superficial. Perhaps It was the wrong season: the ghats had still not been cleared of silt from the recent floods. Perhaps it was my OCD.  Perhaps I am just a bad Hindu.

Do I regret going? Absolutely not. We had some memorable moments there. Witnessing the Ganga aarti for one, the walk with Jeremy through some really interesting sections, and the day-trips to Sarnath and Ramgarh fort. My album full of atmospheric images prove that the drama of life and death in Varanasi is a compelling reason to visit. But I remember thinking, as we drove to the airport, that I was finally departing a destination with no desire whatsoever to return.

Photographing cremations is considered disrespectful, and you run the risk of getting all your photos deleted, if the Doms in charge of the ghat so decide.

The firewood stocks beyond are used for cremations -aprox. 200-300 bodies per day! 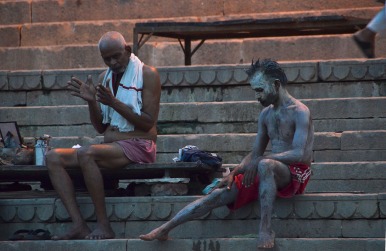 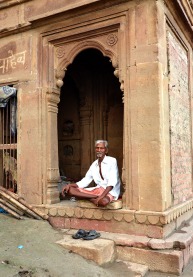 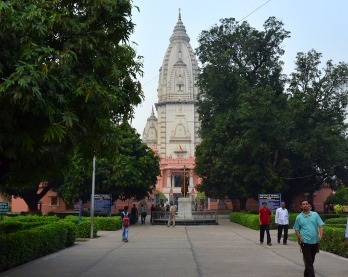 The grounds of the esteemed Benaras Hindu university where this temple is located are an oasis of calm in stark contrast to the chaos of the city. The temple was built by the Birla family, and also refrred to as the Birla Temple.

* All Wikipedia articles that I have linked to, carry references to legends associated with Varanasi & the Vishwanath temple.

* The temple was destroyed by Mughal emperor Aurangazeb in 1669 and the Gyanvapi mosque built alongside. Hence the disputed status and heightened security. The present structure was rebuilt in 1780 by Maratha Queen Ahilya Bai Holkar.