Lining either side of the path leading to the Meiji Jingu shrine in Tokyo, are neatly arranged stacks of wine barrels.

These (empty) decorative sake containers known as Kazaridaru, commemorate the sake houses – represented by the National Sake Brewers Association – that supply the shrine (s) with Omiki or sacred ritual wine, an essential component of Shinto purification rituals. The offering and consumption of which is said to symbolise union with the enshrined deity.— 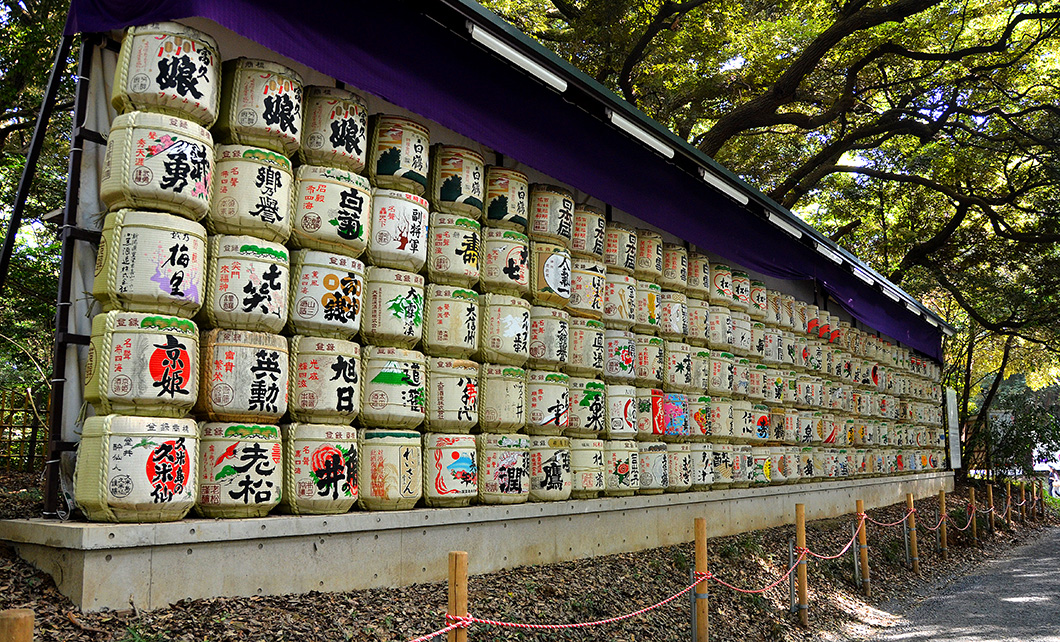 The Kazaridaru came about when the supply of wine to the shrines from the nearly 2000 breweries far exceeded demand. Since the religion as well as traditional society frowned upon waste, a symbolic Kimochi (gesture) of donating an empty barrel along with the requisite bottle or two of the brew was devised for ceremonial display.

Directly opposite is an equally large stack of Bourgogne wine barrels! A sign in English explains their presence here thus:

“Provenance of the Bourgogne Wine for Consecration at
Meiji Jingu. By gaining the good and rejecting what is
wrong, it is our desire that we’ll compare favourably
with other lands abroad
– Poem by Emperor Meiji

I was surprised to learn that sake isn’t traditionally stored in wooden barrels. The liquor is transferred to the barrels just before consumption to impart flavour and most times, for ceremonial effect!

While on the subject of Sake, below are a few images from our visit to the Funasaka Shuzo brewery in Takayama:

Sake breweries are distinguishable from other buildings by the Sugidama (balls made of cedar branches) hung over their entrances.

Inside the retail section of the Funasaka Brewery. 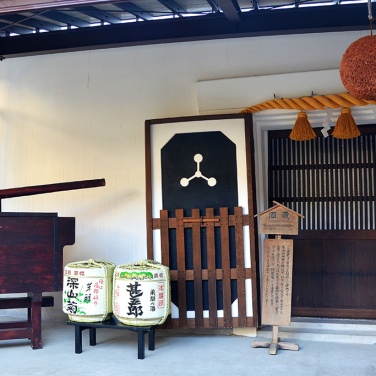 Entrance to brewery from the courtyard. 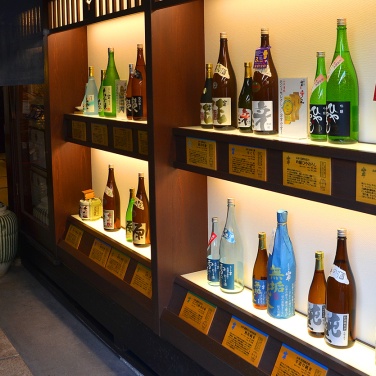 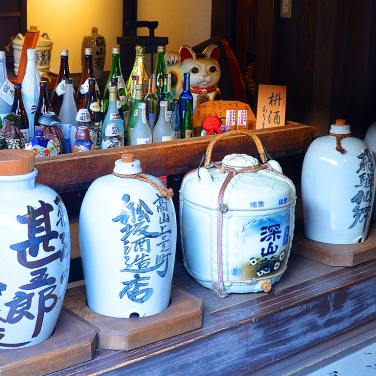 Photo shoot near entrance to brewery.

76 thoughts on “The ‘Kazaridaru’ Of Meiji Jingu”