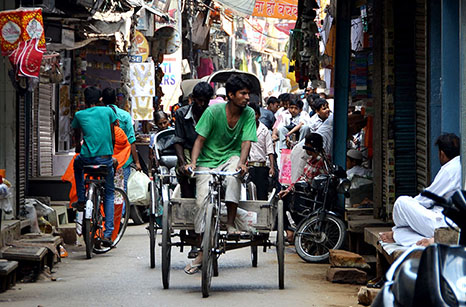 Chowk, the heart of the city of Lucknow, is a smaller and considerably less intense version of Chandni Chowk in Delhi. A quintessential Indian ‘old town’ with its maze of narrow alleys. Where once-glorious haveli’s rub shoulders with hastily nailed together hovels. Where the smells and sounds evoke romantic fantasies engendered by long forgotten travelogues of […]

More counseling……customised for the young and old!

We stumbled upon this conclave of Indian Antelope (Black Buck), in the park around Akbar’s tomb in Sikandra. You have got to love those long twisted horns! I was particularly fascinated by the rapt attention the little white ‘guest speakers’ commanded! Wonder what they had to say that was so riveting? Some serious tips on […]

Once a little Gallo Roman temple dedicated to Jupiter, this Gothic masterpiece celebrates its 850th anniversary this year. A thirteen meter high temporary structure built across from the entrance, works like a mini amphitheater for celebratory events in the Place du Parvis, and is a great, if rather ugly, vantage point to view its magnificent facade. […]

My exquisitely plated starter at Pirouette restaurant, that foreshadowed a deliciously perfect evening. Now before you jump to conclusions let me assure you, we did a lot more than eat our way through Paris.

The biggest allure of a visit to France for me is her array of neighbourhood markets. And Paris is undoubtedly a mecca for market enthusiasts, boasting more than 80 of them, some covered and permanent, and most temporary roving markets  – called marchés volants – sprouting up a few days a week. Our Sunday morning starts with […]

Considering my blog is about the world through my eyes, this week’s challenge should have been a cakewalk. But it wasn’t strangely. I found it hard zeroing in on a single image that as per Cheri’s specs. ” ……shows a command of your frame. Lead our eyes somewhere. Make us focus on something“. So I stopped […]

I spot the Otorii from across the expanse of the (Seto) Inland Sea, emerging from the waters like a giant Pi symbol against the dense green mantle of the hills beyond. More bleached terracotta than the vermilion of the postcards, this 52 feet high floating ‘grand gate‘ claims equal billing with Mount Fuji as the iconic symbol of […]

No words or images can do justice to the spectacular desert landscape of Wadi Rum, whose simple, large hearted nomadic inhabitants and their warm welcoming hearths moved us as deeply as the savage land itself. Traversing this surreal sea of sand and cliff was a near spiritual experience. Its vast stillness underlining the immensity of nature, and the insignificance of […]

“Ah, but a man’s reach should exceed his grasp,  or what’s a heaven for?” ~ Robert Browning Perched precariously atop the pinnacles of steep sandstone cliffs, resembling lofty aeries of some giant predatory birds, the monasteries of Meteora beggar belief! Built in the 14th century to escape persecution by the invading Ottomans, with no access save baskets […]

According to local lore Cusco city is said to be laid out in the shape of a puma crouched over the Saphi river. And its streets denote its body parts. For example: Pumakurko street stands for the “Puma’s Spinal Column”, and the head is supposed to be located in Sacsayhuaman or “speckled head”! Furthering that myth, (rather shiny) brass plaques […]

The heavens decided to open up while we were in the vicinity of Rue des Petits-Champs in Paris after many, many hours in the Louvre and a wonderful souffle lunch at – where else but – Le Souffle! So we ducked into the Galerie Vivienne, one of the historic ‘Passages Couverts’ in Paris.Galerie Vivienne – 4 Rue Petits Champs Built specifically […] 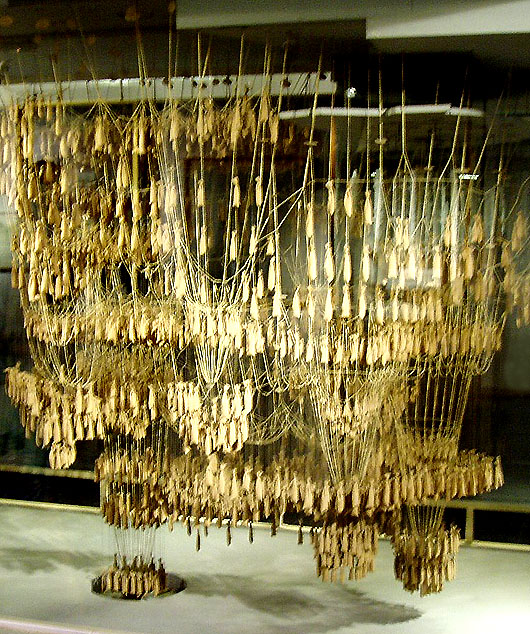 The scaffolding covered structure that towered over us was underwhelming. Not that I had expected much else. As mentioned before, I had never been a Gaudi fan. But again, delving into the symbolism inherent in every stone and more importantly, the  principles of construction, the designer in me could not help but be drawn into the […]